Eating disorders make for sensational media. As a result, a lot is written about them and a whole lot of it is very wrong! Unfortunately, the speed with which social media repeats stories makes them so familiar that they feel true and we accept them as true without judgement. Hence, what starts as a story designed to grab your attention, becomes a myth that you believe.

Why Does Truth Matter?

Eating disorders can be deadly, and as is the case with all serious conditions, are handled well only when you understand them. If you buy into myths, chances are good that you will fail to seek effective help for yourself, or for your loved one.

For example, if you buy into the myth that COVID-19 can only be avoided by not wearing underwear and you want to avoid becoming ill, what would you do?

Obviously, you would do one thing and one thing only—stop wearing underwear! And the likelihood would go way up that you become sick because you are not vaccinated. In fact, you might not only get sick, you might die. Myths can kill.

Truth: Males make up about a third of the eating disorder population. However, because of the myth that EDs are a ‘female problem,’ men tend to be more reluctant to report their struggles and so this estimate is generally believed to be low.

Myth # 2: Vanity is at the root of eating disorders.

Truth: On the surface it can seem that appearance is at the heart of the disorder. However, eating disorders rarely arise purely from a desire to control one’s looks. They are anchored in emotional distress with which the person does not know how to cope. Buying into the myth that weight loss solves problems, the individual slips into disordered eating. Then, the impact of disordered eating on both mental and physical functioning makes it very tough to recover. (See Eating Disorders are Tough!)

Myth # 3: People can choose to keep or give up their eating disorder.

Truth: Wrong. Really, really wrong! The person who has an eating disorder is in its grip for multiple reasons too convoluted to explain in a short blog. In a nutshell, though, I can tell you that when an ED has taken hold of a person’s psyche, it becomes a core feature of their identity. Hence, being told that they should “just let it go,” feels like they are being told they should “just stop existing.” To the ED-enslaved person, recovery is terrifying.

Truth: Families do not cause eating disorders. EDs often do run in families but the causes of the disorders are complex. (See Can Families Cause Eating Disorders? Prevent Them?). To say that any given family was the complete cause of someone’s ED is right up there with blaming the COVID-19 pandemic on everyone who wears underwear!

Myth # 5: You can tell by looking at someone whether they have an eating disorder.

Truth: No, you cannot tell by looking at someone whether they have an eating disorder. People with EDs can be heavy, light, and every size in between. They can look sickly or appear to be perfectly healthy. The impact of an eating disorder does sometime show externally (e.g., weight changes from over- or undereating, hair loss from malnutrition, dental decay from vomiting). However, the greatest impact of the ED is seen in mental functioning (e.g., depression and anxiety, social isolation, impaired logic and concentration), as well as physical functioning (e.g., loss of heart muscle, esophageal and gastric ulcers, increased risk of various cancers).

Truth: No! No! And no! No diet can cure an eating disorder. Food is definitely considered medicine in ED recovery. However, going on a diet in the sense we typically use that phrase—to control or lose weight—will not help someone with an ED. In fact, diets are often part of the mix that push people into disordered eating. If you or your loved one has an eating disorder and someone suggests a diet, run, don’t walk, away from that bad advice!

Myth # 7: Eating disorders are all about control.

Truth: This may be one of the most common misconceptions I hear from family members who argue that the patient simply must stop being such a ‘control freak.’ The truth of the matter is that the eating disorder is the only way the individual knows to express his or her emotional pain. Sometimes that expression comes across as a tug-of-war over control, but the ED is about struggling to manage internal distress.

Myth # 8: Having a little eating disorder is a good way to control your weight. 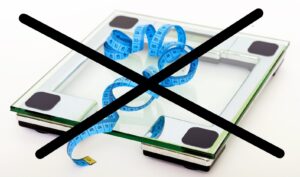 Truth: Having an ED is good way to harm your body and disrupt your life. It is not good for anything else. Furthermore, it is not easy to have “a little ED.” Like falling off a cliff, it is very hard to stop once it begins.

Truth: Historically, eating disorders were seen as a young girl problem. However, the more we learn and the more we destigmatize mental health challenges, the more it has become clear that EDs are not picky about their targets. In my practice I have worked with males and females whose EDs began in childhood, adolescence, young adulthood, middle-age, and later.

Truth: We do in fact have effective treatments for eating disorders. Cognitive-behavioral therapy combined with guidance from an ED-savvy Registered Dietitian pave the path into recovery.

Do you worry you may have an eating disorder?

Answer yes or no to this Screen for Disordered Eating developed by Maguen et al (2018), General Hospital Psychiatry, 50:20-25: 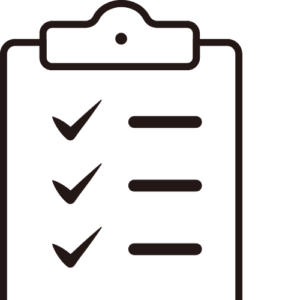 If you answered yes to more than one question, schedule an assessment with an eating disorders therapist. Even if you do not have a full-blown ED, talking to someone about your challenges around food and weight may make your life easier.

Click over to the Good Reads & Resources page for books and websites that can further educate you about the nature of eating disorders, as well as help you find organizations and therapists to support you or your loved one.

Share this ArticleLike this article? Email it to a friend!
Email sent!